In Dredge Work, Edgartown Refines the Art of Moving Sand 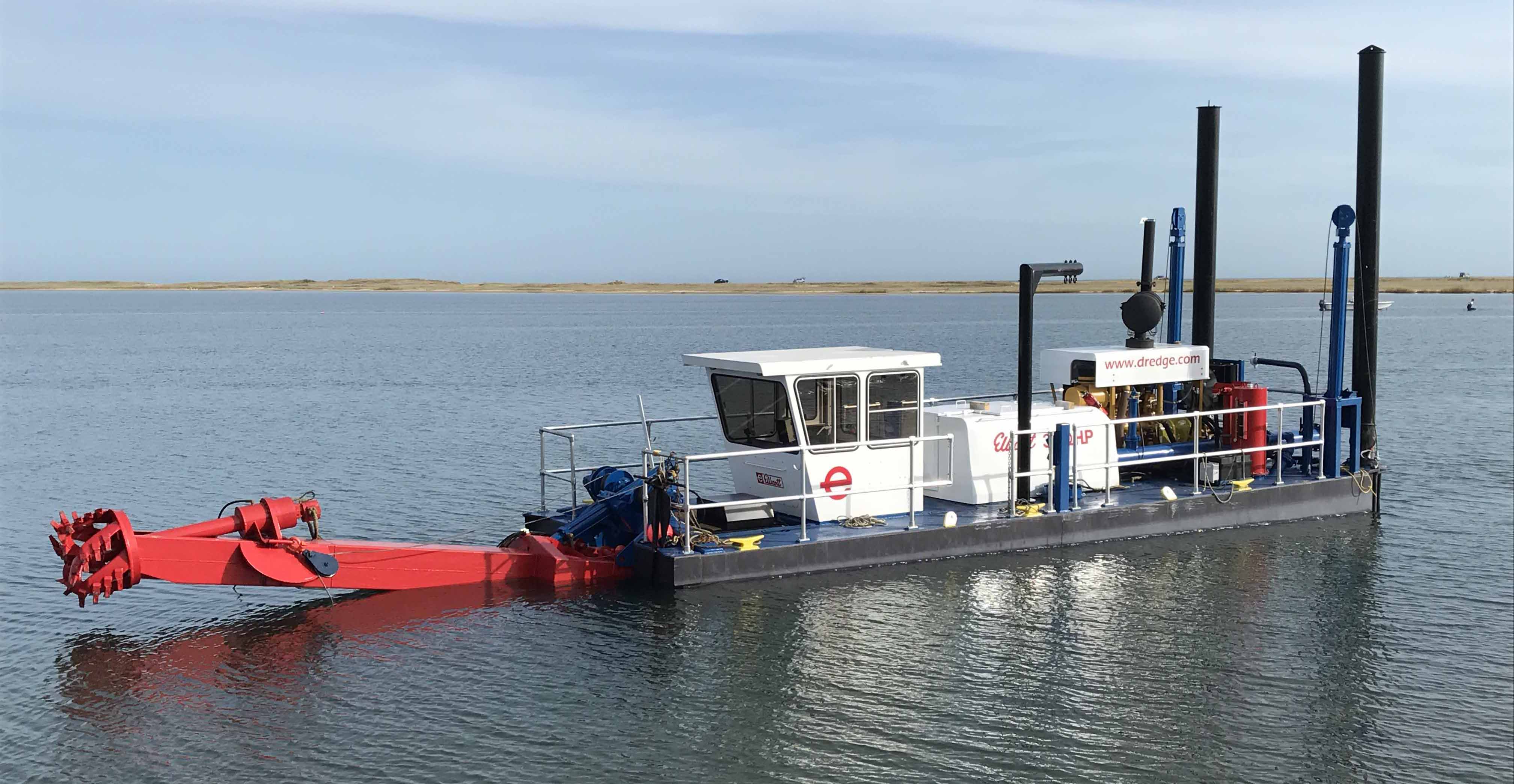 The geomorphic processes of the Vineyard’s littoral belt are among the most varied and vigorous of any on Earth, with wave-generated turbulence reforming and eroding the Island’s 126-mile intertidal zone every year. 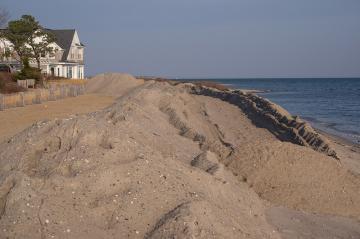 In other words, the Edgartown dredge has a lot of work to do.

This year, Edgartown plans to enter into a contract with neighboring Oak Bluffs to sell up to 16,000 cubic meters of sand dredged from Sengekontacket Pond. Oak Bluffs approved the measure at a recent special town meeting. The sand will be piled at a dewatering station by the Big Bridge along Beach Road and transported for coastal restoration to thinning public beaches on Sea View Avenue and North Bluff. The work will take place this winter.

At $18 per cubic meter, that will lead to approximately $288,000 in revenue for the town of Edgartown. All for a big pile of ocean dirt.

As the only Island town with its own dredge, Edgartown has created a small business digging up sand from its ponds — generally Sengekontacket — and selling it to either private landowners or other towns that want to preserve their rapidly changing coastlines. Since the town purchased the $628,000 dredge three years ago, it has nearly made its cost back in revenue.

Last year, Edgartown sold $80,000 in dredged sand to the Cow Bay homeowners association, located next to the Bend in the Road Beach, as well as to private homeowners near Fuller street. In 2017, the town entered into a contract with Vineyard Haven to dredge Tashmoo, also leading to a substantial $170,000 payout. And in the two previous winters, 2016 and 2017, the town sold approximately $50,000 in sand to other towns and private residences according to Juliet Mulinaire, who used to be the town’s chief procurement officer and now works part-time as an administrator for the dredge committee.

“That is definitely something we have been thinking more about over the past few years,” Ms. Mulinaire said. “Dredging is very much needed in a lot of places, and we can help with that.”

Work has also begun on dredging projects within town boundaries this winter, with two large piles of sand near the bridge slated to go for nourishment at Fuller street beach, a public beach by the Edgartown lighthouse. About five years ago, Fuller street beach had almost receded to the edge of the road, and erosion was beginning to undermine the roadway. Town leaders took action to preserve the beach, using sand dredged from nearby Eel Pond to nourish the eroding shoreline. 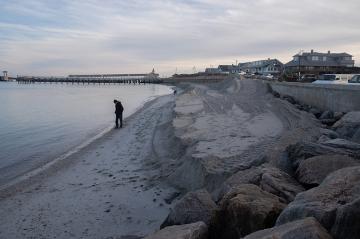 “Because of the way sand moves out there, Fuller street sort of goes away,” said Ed Handy, chairman of the town dredge committee. “The town made the decision to save it because it is one of the few public beaches that are downtown. So one of the things we do is nourish the beach any time we can. We always nourish it a certain amount.”

In the current project, sand dredged from Sengekontacket will be trucked over to Fuller street, where it is spread along the coast. Although the sand looks black when it comes up from the bottom of the pond, the color bleaches quickly and the sand regains its normal whitish-tan hue by the time summer arrives.

Timetables for the dredging projects are always tight. Due to environmental protections for fisheries, dredging is allowed in ponds between November and Jan. 15. And due to the piping plover nesting season, no work can take place on beaches after April 15. This year Edgartown will have to dredge the sand from Sengekontacket, dewater it — a complicated process that involves separating the liquid from the dredged sediment — and haul it in 16-wheelers, all within a time span of a few short months.

But the town renewed its 10-year comprehensive dredge permit in 2014, allowing it to engage in a variety of dredging projects without having to navigate a web of tangled permitting procedures. Next year, the town plans to keep the dredge in Edgartown Great Pond for work to help with aquaculture, and hopefully, if there’s enough time, nourish the Bend in the Road beach.

“If you look around at all the beaches on Martha’s Vineyard, they all change radically depending on what time of year it is,” Mr. Handy said. “Now with climate change, this has turned into a never-ending project.”

Courtesy of the Vineyard Gazette