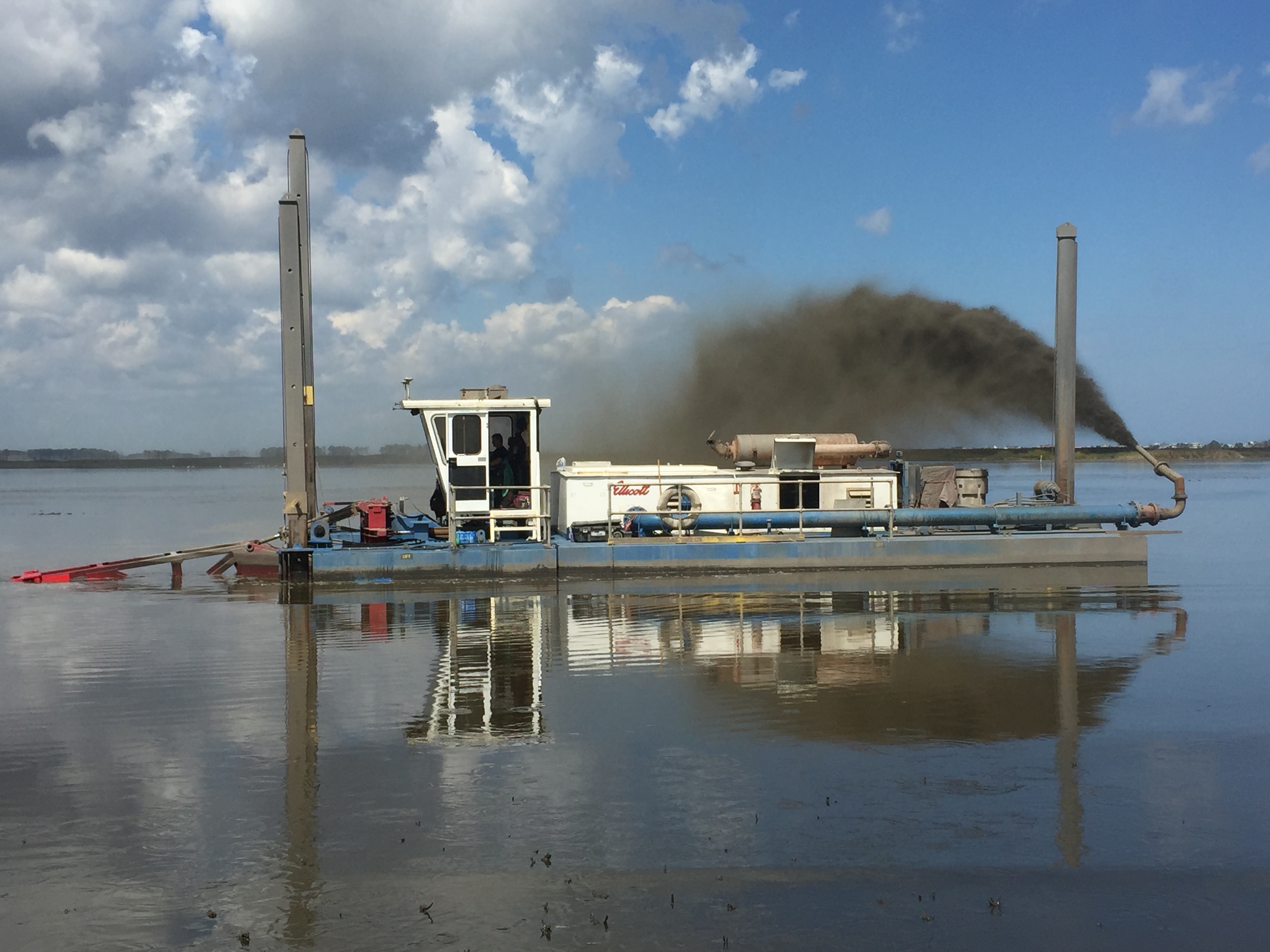 The tidal marsh and barrier beach restoration project at Prime Hook National Wildlife Refuge is the recipient of a 2019 Climate Adaptation Leadership Award for Natural Resources.

The Prime Hook project is acknowledged for its “exemplary leadership in reducing climate-related threats and promoting adaptation.”

The award was presented Sept. 23 at the Association of Fish and Wildlife Agencies annual meeting in St. Paul, Minn.

“This is a great honor, and I’m very proud of the project and the entire team who made it happen,” said Al Rizzo, project leader for the Coastal Delaware National Wildlife Refuge Complex, which includes Prime Hook. “It’s pretty amazing what we were able to accomplish, and I’m thrilled that now we are just watching the system recover — the marsh grasses are growing back, shorebirds and waterfowl have returned, and this dynamic tidal system is thriving again.”

The U.S. Fish and Wildlife Service and its partners led the restoration project, which rebuilt close to two miles of dunes and barrier beach along with 4,000 acres of back-barrier tidal marsh by re-establishing natural tidal flow. The $38 million project, supported by federal funding for Hurricane Sandy restoration and resilience, was completed in 18 months, and is the largest restoration project of its kind in the eastern United States.

“The project at Prime Hook is a true model of leadership, innovation and collaboration — rarely does a project of this size and scale happen so quickly and produce such immediate results,” said Wendi Weber, North Atlantic-Appalachian regional director for the U.S. Fish and Wildlife Service.

Located on Delaware Bay, along the Atlantic Flyway, Prime Hook is a key stopover site for hundreds of thousands of migratory birds, including federally listed species such as rufa red knot and piping plovers. The bay hosts the world’s largest population of horseshoe crabs, whose eggs sustain the migrating shorebirds. Local residents and tourists alike enjoy recreation such as fishing, hiking, and wildlife watching at the refuge.

For several decades, more than 4,000 acres at the refuge were maintained as a freshwater habitat primarily for ducks and geese. Following repeated dune breaches and a catastrophic intrusion of saltwater during Hurricane Sandy in 2012, refuge staff decided the best long-term option for sustainability was to restore the marsh’s natural hydrology and salinity to promote recolonization by native marsh grasses.

The team dredged more than 20 miles of tidal channels, mostly following historic drainage patterns. The dredged material was sprayed onto the adjacent area, providing on-site disposal and giving marsh elevation a boost in those areas. Nearly 60 acres in the back barrier were planted with marsh grass plugs.

In addition, seeds collected through the Seeds of Success program, and representing a mix of 17 species suited to varying conditions, were spread from an airplane onto large portions of the mudflats in the marsh interior to give revegetation a boost.

Completed in 2016, the restoration project is showing results, Rizzo said. The restored barrier beach and salt marsh complex improved habitat for a wide array of migratory birds and marine life. Wildlife and plants have responded quickly, especially threatened piping plovers. During the past three summers, close to 100 plover chicks have fledged their nests on the restored barrier beach.

Thousands of horseshoe crabs arrive each spring to lay eggs, which are an important food source for endangered rufa red knot. The restoration has also performed well through multiple intense storms, providing protection to nearby communities and making the coastal environment more resilient

Reprinted from the Cape Gazette