How to Quickly Remove Contaminated Sediment 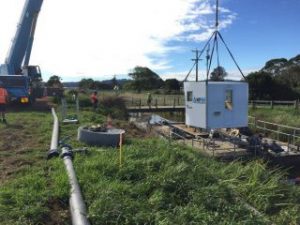 Results are back from validation testing on the first dredged section of the Kopeopeo Canal. Results  show that sediment quality is now below the remediation target, according to the Bay of Plenty Regional Council informs.

How Will the Contaminated Sediment Be Removed

Project Manager, Brendon Love, said that dredging is continuing. It’s also reassuring to get the results back from the first section.

“Those first validation results are important.  This means that the methodology is working well. We can be more confident as the dredge moves forward,” Mr Love said. The project is using a cutter suction dredge to remove contaminated sediments from the canal. The sediments are than transported through a pipeline to lined containment sites. From there, the sediment in the geotextile bags is dewatered.  The sediment remains in the geobags within lined cells.  The cells are than bio-remediated at a later stage.

Progress is Being Made

“There have been some other key milestones as well . The contractor successfully crane-lifted the dredge over the first private canal crossing. The contractor also used a smaller ‘sand bug’ to suction dredge. This removes the sediment from around and under that bridge where the large dredge doesn’t fit. It’s  good to fine-tune that process. That’s because there are a number of crossings throughout the 5km distance,” Mr Love said.

While the barge and cutter suction dredge move forward, significant progress is being made on other aspects of the project.  Progress is being made on the second containment site near Keepa Road at the other end of the project area. The road area has been reformed, vegetation removed, fencing started and rock armoring of the site carried out. Dredging will continue along the canal during the coming months and validation testing will be carried out behind each dredged section.