The USACE Detroit District’s dredge material disposal facility on Cat Island is proving to be an environmental success as wildlife begins to return to the area.

Since 2014, just one year into the project, over 385,000 cubic yards of clean dredge material from the Green Bay Harbor (outer) has been placed on Cat Island in an effort to restore terrestrial habitat and wetland in the former Pete lake Marsh area.

According to Wisconsin Fish and Wildlife Service’s biologist, Betsy Galbraith, because of the placed material some habitats have already been restored for fish and wildlife. 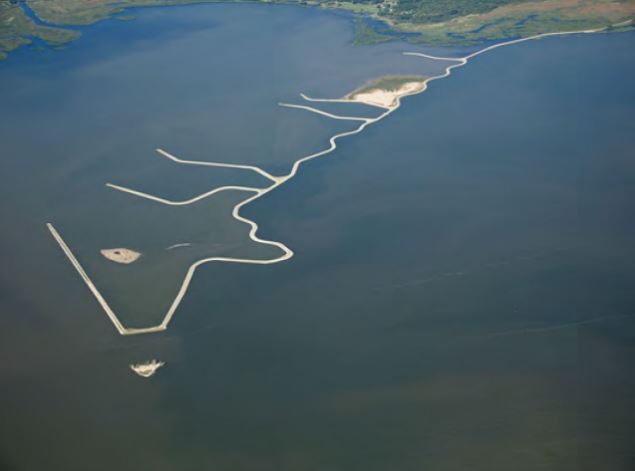 More than 30 species of Great Lakes shorebirds have been spotted around Cat Island to include: state threatened and endangered birds such as the piping plover and several species of terns.

Federally threatened and endangered species have also been seen to include: the rufa red knot and whooping crane.

“The fact that we are just at the beginning of this restoration project and wildlife are already returning to use this area is a great sign,” said Josh Martinez, a Wisconsin Department of Natural Resources (DNR), Green Bay-based wildlife biologist working on the restoration project.

One of Cat Islands’ greatest successes, this past summer, was the nesting of the piping plover for the first time in 75 years. Since being listed as endangered in 1986, conservationists have worked tirelessly to save this bird.

“Piping plovers are the most endangered species in the Great Lakes,” explained Charlie Wooley, U.S. Fish and Wildlife Service Midwest deputy regional director. “It’s been an honor in my career to see this remarkable bird come back from the brink of extinction. It reflects the hard work of many and is just another example of successful fish and wildlife restoration efforts across the Great Lakes.”

According to Jon Imbrunone, project manager for the U.S. Army Corps of Engineers, Detroit District, “continuous coordination and communication with the Cat Island Advisory Committee (CIAC), Wisconsin DNR and the U.S. Fish and Wildlife Service have been key in every aspect of this project to include the success of the piping plover.”

“The Service and the Corps worked closely this season to protect the nesting plovers. Our shared goals contributed to three chicks successfully fledging from the nest. This is significant when you consider there were only 75 nests in the Great Lakes this summer,” said Betsy Galbraith, biologist for the Wisconsin Fish and Wildlife Service.

This year, the Corps plans to dredge the Outer Green Bay Harbor and place approximately 400,000 cubic yards of clean material onto Cat Island by the end of December 2016.